It can feel like you’re traveling in six different directions – and it’s a bit of a gerbil wheel because it’s often hard to tell what kind of results you’re getting.

So, recently I decided to take a different approach.

What if I focussed all of my online activities to support things I’m doing offline – in the real world? After all, the main goal of all this online marketing is to actually meet people and start working with them, yes?

I’m now hosting two live events each month and each event has guest speakers. So, my new content marketing strategy has evolved to do weekly interview with a guest of an upcoming event on Facebook Live – where they can share actionable content. We talk about the guest and invite people to come to the next event.

The live feed can be shared with the guest’s audience on Facebook in addition to my own – so I’m able to reach new people with every broadcast.

I wanted to share early results from this experiment (see video above) because it’s doing even better than I expected.

In this interview I was talking with Digital Marketer Taylor Kloss via Skype and doing a live broadcast of our conversation. Here’s what happened: this video reached 400 people and the video had over 230 views.

I had a specific call to action which was to invite people to my Big Idea Lab event (which was the first thing I said at the start) – so I have a pretty clear idea that 230 people actually saw, heard or watched my invitation!

Let’s compare this to an earlier post I did to announce the same event, which was a regular post with an image. It had a reach of only 6 people and there’s no way to tell if any of those people even noticed the invitation.

Clearly Facebook likes live video and will reward you when you make one by showing it to more people.

But it gets better.

This is no longer doing six different things all going in six different directions. One piece of content that took 10 minutes to produce. And it’s in support of growing my community in the real world!

Did it work? As of this writing the next Big Idea Lab has 43 people registered. Which, as far as I’m concerned is a huge success!

If you’ve been going way down the social media rabbit hole and you’re feeling fatigued from your content marketing, I invite you to join my FREE Videomaking Mastermind group on Facebook where you’ll learn more about how to build engagement and trust with your ideal clients – by doing Live Video.

*The Princess Bride is one of my favorite films – especially love the Spaniard’s response to inconceivable: “I do not think this word means what you think it means…” 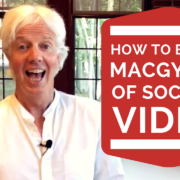 How to be the MacGyver of Social Video Marketing 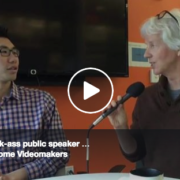 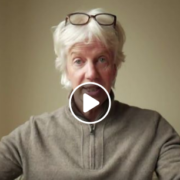 Why Fear of Missing Out will make you question everything 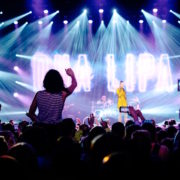 How to achieve inconceivable success with live video 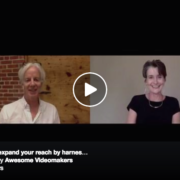 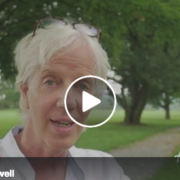 How do you become the familiar face for your audience?
4 steps to create an outstanding video profile that connects