5 Tips for preparing a polished and professional video resume

Will creating the right video resume make you stand out from the crowd? Getting it right can feel like a tough challenge. Most people get hung up on the thought of making video because they think it’s too hard, too expensive & it will take up too much time. But now, with the help of that smart phone in your pocket, you can produce a professional and attention-getting virtual resume – that just might get you the interview you’re looking for.

If you’re considering going down the video resume route, here’s some advice for you.

Create a video resume because that’s relevant to the job you want to do. If you’re applying for a role in the online, digital media, social or creative professions, then it’s more likely a decent video resume will have the desired effect, like getting you in the door for an interview.

Think of producing your video resume like you would a cover letter. What’s the point of a cover letter? To get someone to read your resume (or call you for an interview). Make your video like the big movie studios and create a teaser, or a cliff-hanger. Give them just enough of your personality to get them interested in learning more (and watching the whole movie).

Best rule of thumb: keep it under 60 seconds. Employers review most paper resumes in less than 10 seconds. So, in your first 10 seconds you’ll want to convince the viewer to watch the rest. Bear that in mind and keep your clips short. The video example above works because it’s broken into five short videos – and while it was ultimately successful in getting a job – some of the segments are a big long.

Do something novel or unexpected (like Graham’s costume changes in the opening segment above. This absolutely will help you stand out.

This is the most important aspect of making any video. Interviewers are looking to see if you’re going to be a good ‘fit’ for their company. So be yourself. If someone connects with the person you are, then they’ll call you up. If you’re being yourself and they don’t like what they see, then you probably don’t want to work there. 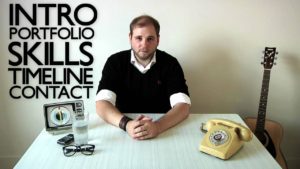 Graeme Anthony, in the video above, is a graphics designer & public relations executive. His cleverly thought out online content adds an extra wow factor to his already outstanding experience. Anthony had recently moved from Manchester to London and was looking for work at some of the top PR firms and advertising agencies there. To get his foot in the door he created this interactive video resume (featuring a highly creative use of Youtube’s annotated links) as a way to showcase his skills – and get the attention of companies where he wanted to work.

Graeme never intended for his video resume to be widely seen by the general public. He posted the video in ‘unlisted’ mode and then researched and sourced individuals/organizations that he wanted to see his CVIV. But then a couple of PR/Social Media bloggers – Paul Armstrong (Kindred) and Robin Grant (We Are Social) asked if they could post about it.

Not thinking too much of it Graeme gave them his permission and left the house (for a job interview as it happens). Two hours later and he returned to find his Twitter stream and email inbox flooded. Panic instantly set in and straightaway he emailed Robin, ‘What’s happened? Who are all these people? It’s only been two bloody hours.’ And his reply was, ‘You’re going viral.’

On his own website, Graeme explained the aftermath: “The response has been mind-blowing – with offers of interest ranging from small start-up businesses all the way through to large multinational organizations. I’ve received requests to go work abroad and some high-profile individuals have suggested that I start-up on my own which was extremely flattering.”

How to Promote Your Video Resume

It’s not enough to make this kind of video and post it onto Youtube and sit back and let the world find you. Graeme’s advice: “It would be immoral of me to have people believe that they too can secure employment by simply recording a video, sticking it on YouTube and waiting for the offers to role in. If you take anything away from my experience, it’s the importance of being able to PR yourself.”

Your video resume allows you to share your personality with recruiters and hiring managers by adding your video to your personal website, social media sites, email signature, and more. Adding your video resume to your LinkedIn allows recruiters to discover things normally reserved for a first interview. Having a video of yourself greeting visitors to your website inspires prospective employers to trust you – to like you – before they’ve ever even met you.

Upping your game and producing a  more professional looking produced video will help you stand out from the (millions of) poorly produced videos on Youtube.

Ready to star in your own video resume?

If you’re not getting your message into the hands of the people you want to work for, the more likely you are to failing & losing your dream. Learning to make a compelling video resume could be the most effective way to engage the people you’re meant to serve. I have a passion for helping people craft the story of how they’ll create a difference for the companies they want to work with – which is why I’ve created a FREE Videomaking Mastermind group on Facebook.

Join my group to learn how to be comfortable on camera and create professional looking videos on a minimal budget. 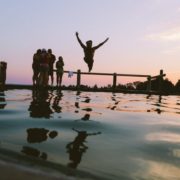 How getting your feet wet every day will grow your business 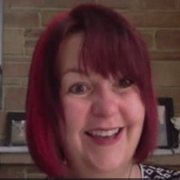 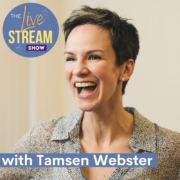 31. How to make your big ideas irresistible – with Tamsen Webster 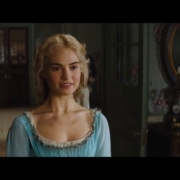 Cinderella gave me the best advice on how to show up 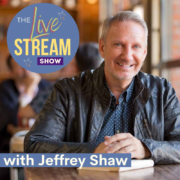 37. Leading your most successful self-employed life with Jeffrey Shaw 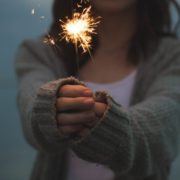